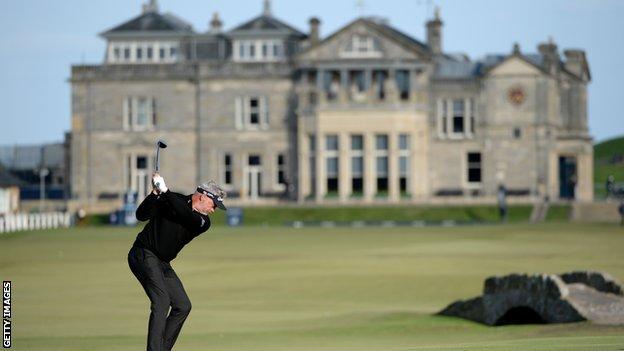 Darren Clarke is seven shots off the pace after a one-under-par 71 in Thursday's first round of the Alfred Dunhill Links Championship in Scotland.

The former Open champion from Dungannon played at St Andrews, one of three courses used for the tournament.

Gareth Maybin and Michael both carded 72s at St Andrews while Rory McIlroy shot a 73 at Carnoustie.

Padraig Harrington (Carnoustie) and Shane Lowry (Kingsbarns) are the best of the Irish on six under.