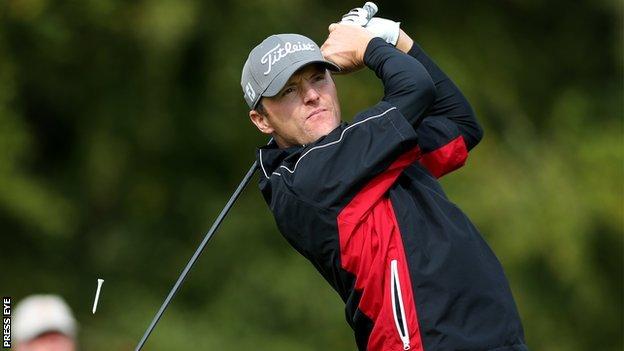 Michael Hoey carded an impressive seven-under-par 65 in the third round of the Dunhill Links Championship.

The Belfast player is nine under after Saturday's round at Carnoustie and six behind leader Oliver Wilson.

Wilson is three clear of a group which includes Holywood's Rory McIlroy, who shot a 64 at St Andrews.

Gareth Maybin missed the cut on level par after a 70 at Kingbarns while Darren Clarke's 74 on the same course left him four over.

Shane Lowry (Carnoustie) and Padraig Harrington (St Andrews) are nine under after both posting 71s.

Paul McGinley (69) is on five under and Damien McGrane (68) three under while Kevin Phelan (72) and Simon Thornton (75) finished level - all four played at St Andrews.

Peter Lawrie, who had a 70 at Carnoustie, missed the cut by one shot on three under.