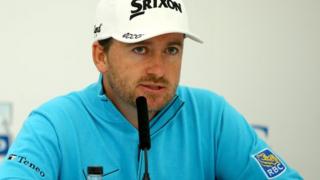 Graeme McDowell says he relishing his defence of the World Match Play title and believes the tournament's new venue, the London Golf Club, will help to restore the event's stature.

The tournament was played at Wentworth from 1964 to 2007 and McDowell is pleased to see the event returning to the south of England.

"You could call London the spiritual home of the World Match Play," McDowell told BBC Sport.

World number 18 McDowell will be joined in the 16-man field at the London Golf Club by his European Ryder Cup team-mates Victor Dubuisson, Henrik Stenson, Jamie Donaldson and Stephen Gallacher while US team member Patrick Reed will also be in action.