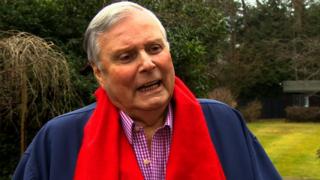 BBC commentator Peter Alliss says he hopes Tiger Woods finds a "guru" like The Beatles did in India to rediscover his magic on the course.

Woods announced he is taking an indefinite break from golf following his withdrawal from last week's event at Torrey Pines after just 12 holes, saying his game is "unacceptable for tournament play".

Woods, a former world number one who has won 14 majors, has withdrawn from three of his last eight competitive tournaments.