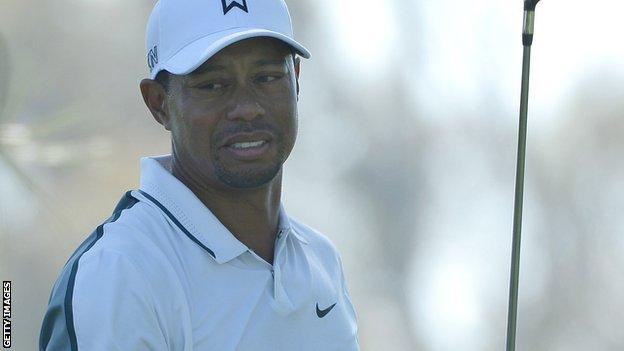 Rewind almost a year and you'll recall the pessimism that surrounded golf as a wounded Tiger Woods announced he was missing the Masters for the first time in his professional career.

As he went under the knife to repair the troublesome back that had carried the weight of the sport for the better part of two decades, a significant void appeared to be opening up in the game.

Fans, promoters, sponsors and television executives braced themselves for life without the player responsible for putting so many extra zeroes on golf's value.

Now though, with the 14-times major champion in danger of missing Augusta for the second year running, the outlook is nowhere near as bleak.

Yes, it would be great to see Woods back on the major stage, but if the 39-year-old American doesn't feel in good enough form to compete, one senses the Masters will be just fine without him.

That's because the past year has borne witness to an exciting generational shift.

Rory McIlroy has been in the vanguard with his Open and PGA victories, but the supporting cast is proving similarly captivating.

Last week he joined a select group of players in becoming a two-time PGA Tour winner before the age of 22. Only Woods, Sergio Garcia and Robert Gamez preceded him.

The young Texan also finished runner-up to Bubba Watson on his exceptional Masters debut last year, almost won the prestigious Players Championship and then made an impressive Ryder Cup debut.

His victory at Innisbrook last Sunday was a thrilling spectacle, too.

He holed crucial long putts on the 13th and 14th holes to remain in contention. Then there was a fabulous up and down from an awful position on the penultimate hole of regulation play. Witnesses compared him favourably with the late, great Seve Ballesteros after that one.

Seve-style, Spieth then willed home the putt on the last that put him into a three-way play-off with Sean O'Hair and Patrick Reed before ramming home a 28-footer on the third extra hole to take the win.

Throughout all this, he gave a running commentary that revealed just how he felt with each twist and turn down the stretch.

This probably wouldn't help him around a poker table, but it certainly it makes Spieth box office entertainment on the course.

Reed, one of the men Spieth beat in the Valspar Championship shoot-out, is developing into an equally captivating character.

Just 24, he already has four wins to his name but has a darker, more controversial back-story compared with his fellow Texan.

Reed doesn't have the best of reputations among his former University of Georgia team-mates and has vehemently denied recent allegations of cheating during his college career.

He was also criticised for his audible homophobic slur after missing a putt at the WGC event in Shanghai last year and wound up European fans at the Ryder Cup by raising a finger to his lips in a bid to shush them into silence.

But, as we saw at Gleneagles, Reed is also one heck of a golfer.

In my dealings with him, he's been nothing but utterly charming and, like McIlroy, has that knack of making headlines with his every move.

He is another of a growing number of players who inject the vital commodity of personality into the game.

Meanwhile, Woods continues his search for the form that will allow him to return to the Tour and mix it with this exciting new generation.

Opting out of this week's Arnold Palmer Invitational in Orlando is a potential indicator that he may miss the Masters next month.

Woods has won on that Bay Hill course eight times. If he doesn't feel confident of competing there, then he is seriously struggling.

"I spent quite a bit of time the last couple of weeks down at Tiger's house, trying to be a good running mate and going through workouts and practising with him," revealed his long-time friend and fellow PGA Tour pro, Notah Begay.

"I can attest to the fact that things are improving and that he is putting in some solid workdays. It is just not at the status that he wants it."

It would be a big boost to the game if Woods rediscovers the consistency he needs to compete at the Masters.

But if he doesn't, there are plot-lines and personalities aplenty to ensure the year's first major will be its usual compelling spectacle.