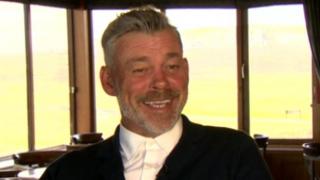 "It's very early to speculate but I think I'll go into it in a meticulous manner," Clarke told BBC Sport Northern Ireland.

"With what Paul did the last time at Gleneagles with his attention-to-detail, I would be foolish not to go down that route to a certain degree but I need to put my own slant on it."