Former world number one Tiger Woods says he has worked "his ass off" to get himself ready for this year's Masters.

The 39-year-old is bidding for his 15th major at Augusta, two months after taking an indefinite break from golf.

Asked how he prepared for his comeback at the Masters, Woods said: "I worked my ass off. That's the easiest way to kind of describe it. I worked hard."

Woods will play in the Masters Par 3 Contest on Wednesday with his two children Sam and Charlie as caddies.

He has generally avoided the relaxed eve-of-tournament contest, the winner of which has famously never gone on to win the Masters that same week.

Woods is now ranked 111 in the world yet is adamant he is focused on winning the Masters for a fifth time.

"People would never understand how much work I put into it to come back and do this again, it was sun up to sun down," he said.

"Competing is still the same. I'm trying to beat everybody out there. That hasn't changed.

"I want another green jacket. I've got four Green Jackets, I want five."

One Direction for Rory

World number one Rory McIlroysaid the Masters is the only tournament where he suffers from nerves on his opening shot.

"You get butterflies and the heart races a bit quicker just the same as when I was a rookie in 2009," said the 25-year-old Northern Irishman, who has invited One Direction's Niall Horan to caddie for him in Wednesday's warm-up contest.

"I caught up with Niall in Australia at the end of last year and he was really excited, and I said, if you're available Wednesday afternoon and you want to carry the bag for nine holes, you're more than welcome."

Scott happy not to be a big story

With all the focus on the return of Woods and McIlroy's bid for a career Grand Slam, the 2013 Masters champion Adam Scott is part of a field happy to be out of the main spotlight.

"There are big stories in golf this week and I certainly am not missing being one of them at the moment," said the world number six.

"But hopefully that will change on Sunday."

'Unpopular' Bubba must 'improve as a man'

He might be McIlroy's tip to win this year's tournament, but reigning Masters champion Bubba Watson admits he "must improve as a man" after being voted the most unpopular player on the PGA Tour.

An anonymous ESPN.com survey of 103 fellow professionals voted him the player they would not help in a fight in a car park.

The 36-year-old American may not be especially popular, but says he is better prepared to defend his title this time around than he was in 2012.

"The media attention, the atmosphere - even a year later, you're excited about your win," he said.

"Sometimes you get away from your routine or you just use your energy in a different way. That's what I did."

'I was more worried about what to watch on Netflix'

World number two Henrik Stenson's run of three top-four finishes this year ended when a bout of 'flu caused him to pull out of last week's Houston Open.

"I'm getting better, slowly but surely. I was pretty much down and out there for four days," said the Swede, who was bed-ridden and feared he was not going to be well enough to compete at Augusta.

And when Stenson was asked what advantages he holds over McIlroy and Watson, he replied "better looking". 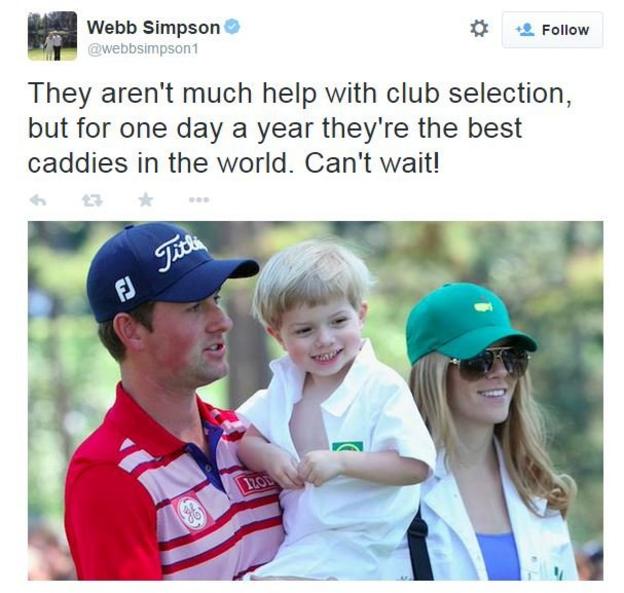 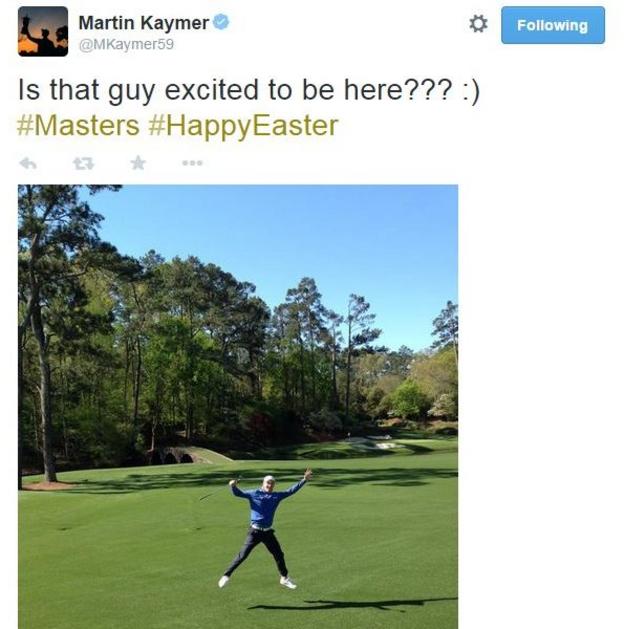