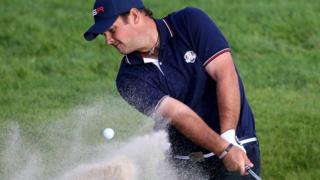 American star Patrick Reed says he can't wait for his trip to the Irish Open and says it's an event he has always wanted to play in.

World number 14 Reed will compete in the Royal County Down tournament from 28-31 May a week participating in the BMW PGA Championship at Wentworth.

Reed, who has won four PGA Tour titles, will be making his first visit to Ireland and also plans to "do a little bit of sightseeing".