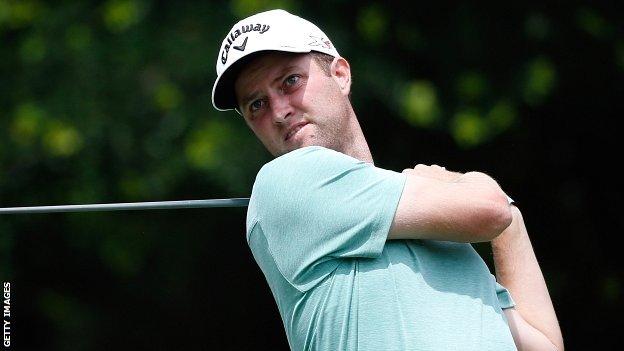 Chris Kirk carded a four-under-par 66 on the final day to win the Crowne Plaza Invitational at Colonial.

England's Ian Poulter, who was one shot off the lead overnight, finished with a 70 for 10 under and a tie for fifth.

Third-round leader Kevin Na made a birdie at the last for a two-over 72 and a tie for 10th.

"Just to be a part of the history of this tournament is really just amazing to me," said Kirk, who now has four wins on the PGA Tour.

"I was as nervous as I've ever been today for sure, those up-and-downs on the last couple of holes and especially making that putt on 18 was pretty sweet."