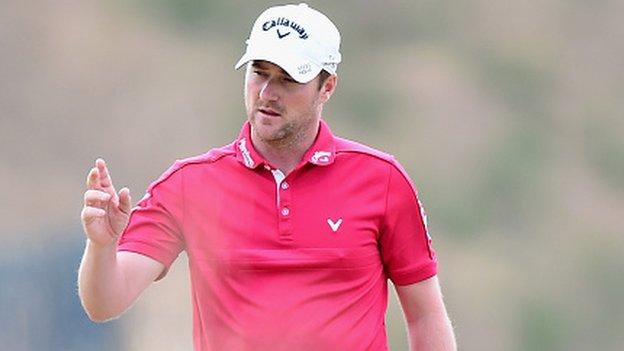 Marc Warren is the leading Scot following the opening round of the USA Open golf at Chambers Bay near Seattle.

Warren, one of five Scots in the field, carded a two-under-par 68. Colin Montgomerie is a shot further back after a first-round 69.

Jimmy Gunn is two over following his round of 72, while Bradley Neil and Stephen Gallacher carded rounds of 76 and 78, respectively.

Tiger Woods' struggles continued as he carded a 10-over-par 80. The 14-time major winner had a triple bogey seven and is 15 shots behind the leaders.

Warren had four birdies and two bogeys in his opening round, while 51-year-old compatriot Montgomerie, the man with five runners-up spots in the majors, three times at the US Open, fired a 69 to put himself in contention.

Speaking afterwards, Montgomerie said: "Can I win? Have stranger things happened? What Tom Watson did at Turnberry aged 59 [losing a play-off for the 2009 Open] has given everybody over 50 hope."