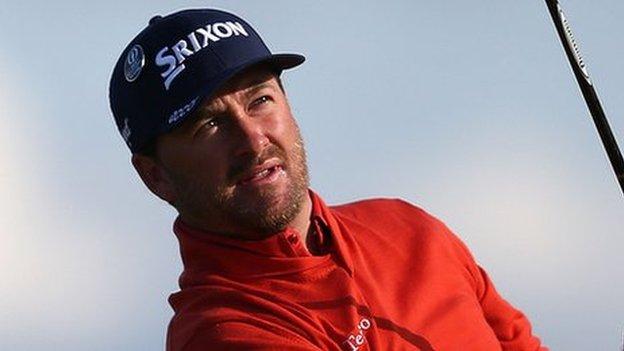 Graeme McDowell is 10 off the pace at The Open Championship after an eventful third-round 70 at St Andrews on Sunday.

McDowell carded eight birdies as he moved to the fringes of the leaderboard on five under but a double bogey on 14 and bogey on 15 halted his progress.

The Portrush man is 10 behind a trio of leaders who include Irish amateur Paul Dunne who fired a remarkable 66.

Dunne leads on 12 under with Jason Day and Louis Oosthuizen with Padraig Harrington two behind after a 65.

McDowell began well with four birdies in his first five holes, but a double bogey followed at the sixth.

The former US Open champion picked up further shots at the seventh, ninth and 13th, dropping one at the 10th, to move up the leaderboard to five under.

A double bogey at 14 and a bogey at 15 saw him drop back however.

McDowell was among the earlier starters for the third round of the championship, having just made the cut on level par after posting successive opening rounds of 72.

The final round will be played on Monday for the first time since 1988 after the weather caused lengthy delays to the tournament on Friday and Saturday.

He produced an ever more accomplished round on Sunday in which he didn't drop a shot.