The Women's British Open begins at Turnberry next Thursday, with world number one Inbee Park seeking to capture the title for the first time.

South Korea's Inbee, 27, won her sixth major last month with a third straight PGA victory, but has a best finish of joint-second in the British event.

There will be live coverage across BBC television, radio and online.

BBC Sport spoke to European Solheim Cup captain Carin Koch on a range of golf topics - including the Swede's thoughts on the contenders for this year's penultimate women's major.

"It's always hard to know. You always think it's going to be an European because it's links golf, but South Korea's Inbee Park and world number two Lydia Ko always seem to play well on any golf course.

"I guess anyone who's up there on top of the rankings can be someone to look out for. I'm hoping for my European girls to have a good week, such as [Norwegian] Suzann Pettersen, [twice a major winner] and [English teenager] Charley Hull [who tied for 12th at last year's British Open].

"But then you have Ko, who seem to always be up there and playing well.

"Probably from Turnberry. I played really well there one year, I think I was in the last group going into the last day in 2002. I didn't have a good day, I finished seventh. I was nervous, it was a big event for me to be doing really well in.

"Even when I played my best golf, I was never good at links golf. I just remember being excited and a little nervous, just not getting it going on the last day.

"I just remember how nice Turnberry was and what a great course it is.

"One of my greatest memories was also at Woburn a long time ago, when there were queues all the way out to the main road because there were so many people coming to watch.

What is special about the Women's British Open?

"The British Open is special for us because it's the one we have over here in Europe. When I played my best golf, I was never that great at links golf.

"I played better at US Open-type golf because I hit it very straight. But it's always special, it's so special to play these links courses. They're different. Here in the UK, we've always had good crowds, and in Sweden too."

What makes a good links player?

"You can't just get your long boys out and hit it. When you trust your game, when you're playing well, you see the shots and hit them, so it doesn't matter what type of course you're on.

"But you have to make sure in the practice round that you practice all the different shots. It's a confidence thing, like anything else." 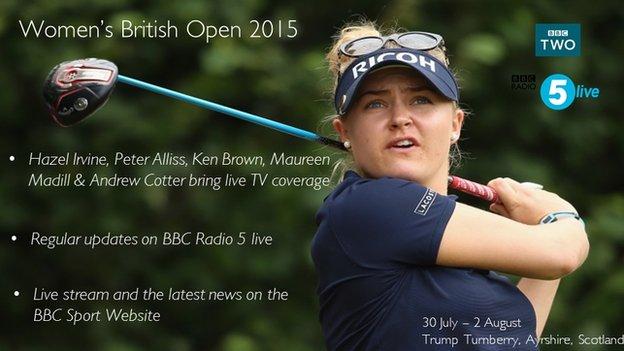