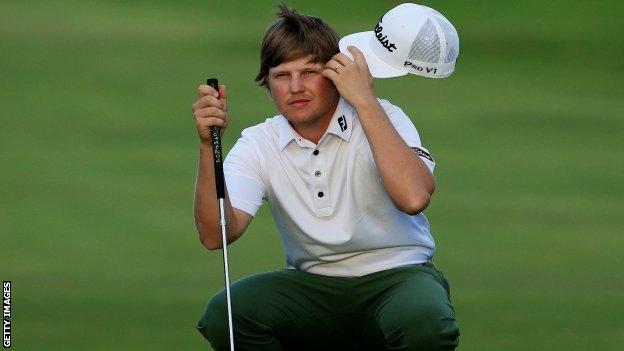 Zac Blair claimed six birdies in a six-under round of 64 to take a share of the lead with Brandt Snedeker going into the final round of the Sony Open.

The 25-year-old missed a three-foot birdie putt at the 18th that would have put him out in front in Hawaii.

Snedeker, the halfway leader, had a bogey-free round of 66.

England's Luke Donald, who was two off the lead after the second round, had three bogeys in his final six holes and shot a 71 to lie seven off the lead.