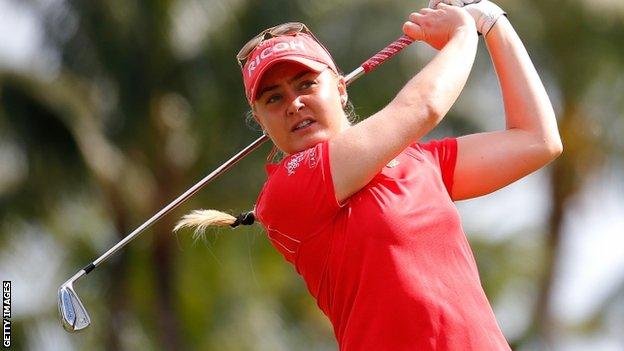 England's Charley Hull hit four birdies on the back nine to retain a share of the lead heading into the final round of the Bahamas LPGA Classic.

Hull, who has shared the lead after each of the first three days, looked set to lose ground until a late rally that included a birdie at the last.

Scotland's Catriona Matthew is tied in eighth on nine-under after firing a 71.