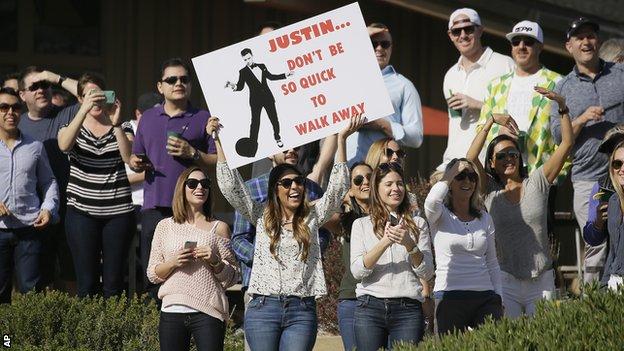 Former US Open champion Justin Rose partnered musician and actor Justin Timberlake as he finished among the leaders on day one of the celebrity pro-am at Pebble Beach.

The Englishman carded a six-under-par 66 in the California tournament, which sees professionals paired with amateurs, and admitted he had been shocked at the crowd's demographic.

Rose said the highlight of his round with Timberlake came on the 16th tee, when the singer grabbed a guitar for an impromptu performance.

"That was a cool moment,'' Rose said. "Not many people saw it, because there was only like 20 people back there.

"That's obviously when you really appreciate how someone can grab a guitar, go acapella and sound so awesome."

Each team plays three rounds, with the leading 25 pro-am teams and 60 professionals returning for the final round on Sunday.