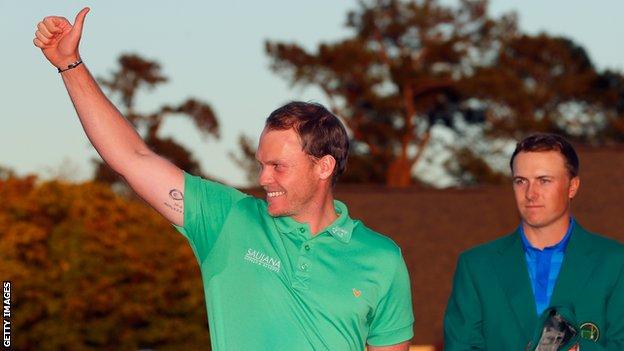 Jordan Spieth capitulates at the 12th. The world number two's five-shot lead disappearing from view - much like the American's golf balls as they found the water.

It means England's Danny Willett is now in the lead of the Masters. And his brother Pete starts taking the lead on Twitter, with his personal commentary on the closing stages at Augusta National.

With Willett top of the leaderboard, Spieth was playing three holes behind - and taking his time with it. Could the American catch up?

There was the gentle plea with 2015 winner Spieth to graciously allow Willett a Masters win:

The unbelievable began to look like reality as a missed birdie putt on the 16th made Spieth's chances look ever more slender. Naturally everyone was keeping calm.

And with Danny Willett hitting his second shot to 15 feet from the hole on the par-four 18th - and a five under total, his sibling made his feelings clear.

He needn't have worried though.

WATCH: The putt that won Willett the Masters 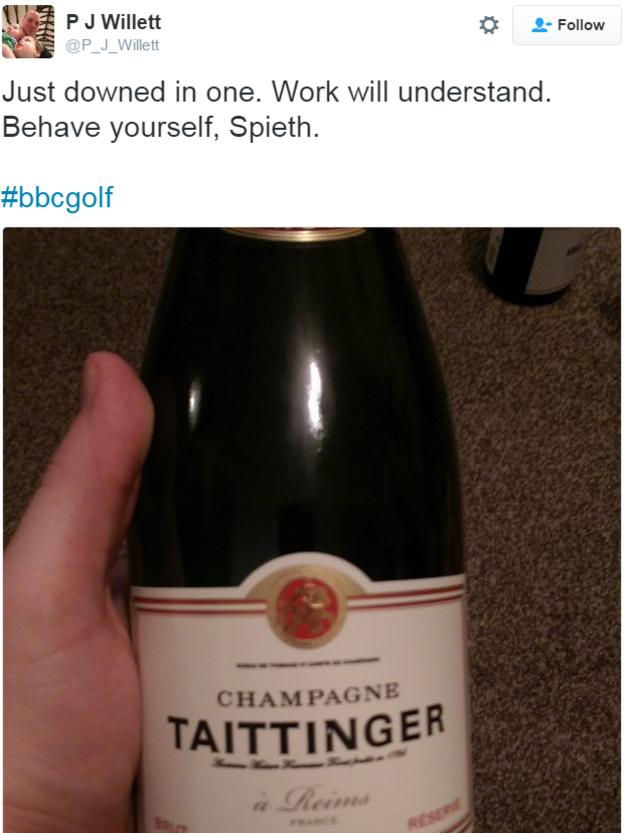 It didn't stop at the champagne either... 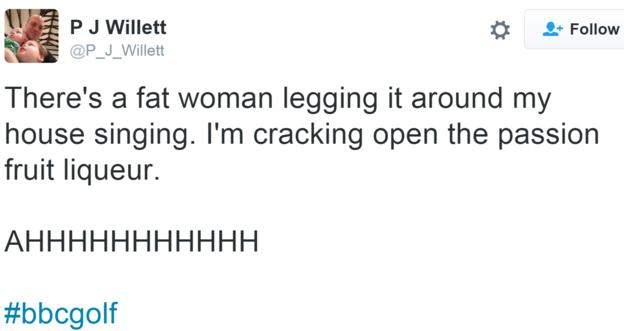 And once that famous green jacket was slipped on, who better than Willett's own brother to write the tribute? 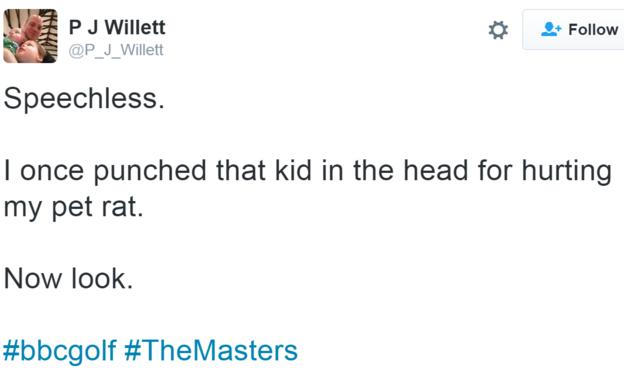 Although it seems there might have been more to that story...

BBC Sport's live text of the Masters was regularly featuring not one, but two Willetts. 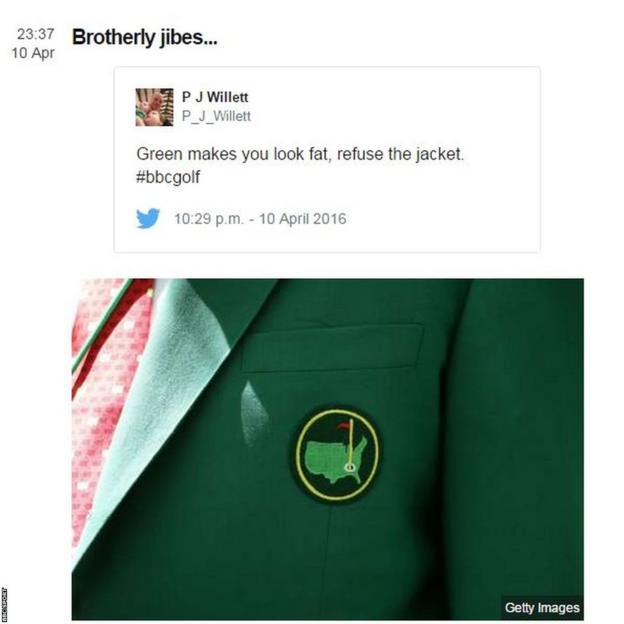 And as the Twitter account of "Author. Teacher. Inexperienced Father,"@P_J_Willett captured the mood of a nation, it wasn't long before it was trending in the UK. A fact not lost on the brother of England's first Masters winner in two decades:

After one hour of sleep, Pete, 33, told The Chris Evans Breakfast Show about the response to his tweets: "We were having a quiet drink, seeing him move up the scorecard, seeing him get better and better, it was really enjoyable. I started sending out a few tweets just to see what action I got because that's the kind of guy I am, and then Spieth did what he did on the 12th and it just went insane.

"My phone started shaking all over the place and me and my wife Sarah we didn't know what to do. It was crazy, it was surreal, and the phone just kept on going ever since and now I just need to find some way of prolonging this moment in the spotlight!"

WATCH: The best shots of Masters 2016