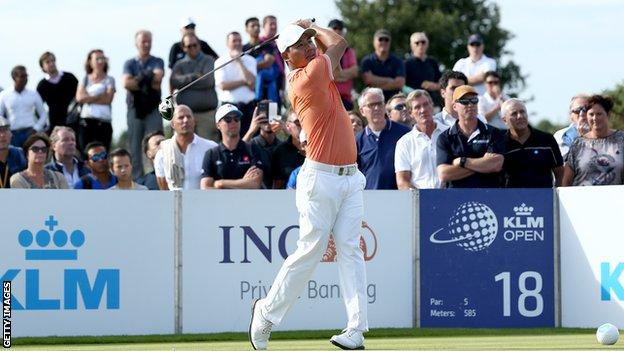 Wu birdied the last for a final round of four-under 67 to finish at 16 under at The Dutch in Spijk.

Overnight leader Wood could only par the last for a two-under 69 to earn a third runner-up finish of the season.

"Fantastic, an unbelievable week," world number 344 Wu told Sky Sports. "There was a lot of good golf played here, I like this golf course."

Wood held a one-shot lead heading into the final round, but the 30-year-old paid the price for a double-bogey six at the 12th hole to miss out on a fourth European Tour title.

Ireland's Padraig Harrington added to a second-placed finish at the Czech Masters at the end of August with fifth place at 13 under after a final-round 68.

Find out how to get into golf with our special guide.