Steve Stricker will captain the United States as they try to reclaim the Ryder Cup at Whistling Straits in 2020.

He was selected as a vice-captain last year by Jim Furyk, as the US lost 17½-10½ at Le Golf National in France, their seventh defeat since 1999.

An emotional Stricker, who was close to tears as his appointment was announced at a press conference, said: "Truly a dream come true, an honour to represent the PGA, the competition itself, truly humbled by this opportunity because I'm very passionate about this competition."

The former world number two added: "Some people don't think I'm very fiery about playing the game of golf but deep down I'm very competitive, we want to win this more than ever and I'm here to help in any way."

Stricker lives in Wisconsin, the same state as the venue for 2020, and was second at the US PGA Championship in 1998 - his best finish at a major.

He captained the US team to victory in the 2017 Presidents Cup.

"My biggest thing is I want to make sure all the players that make the team know what to expect from me and what I expect from them," added Stricker.

"While we were disappointed with the result in Paris, I am confident the setback will fuel our preparations for what will take place at Whistling Straits." 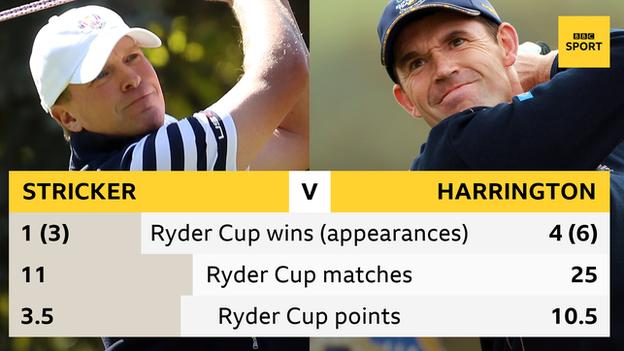