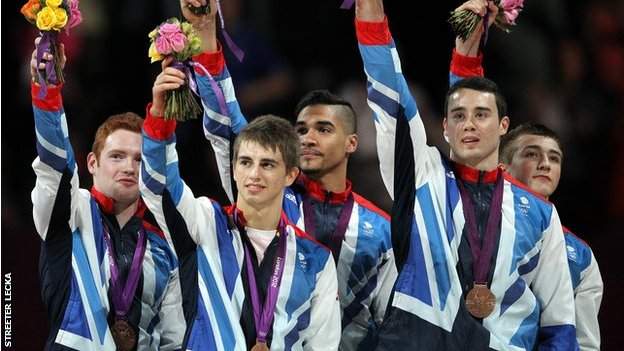 Some of Great Britain's London 2012 medallists, including Dan Purvis, Max Whitlock and Sam Oldham, return to action as the road to Rio 2016 gets underway in Russia.

There's live coverage of the women's all-around competition plus highlights of the men's all-around, with some of Great Britain's London 2012 heroes back in action.

Live coverage from Moscow of the day's five apparatus finals, with British all-around champion Max Whitlock hoping to at least emulate the bronze medal he won on the pommel horse at last summer's Olympic Games. Team-mate Daniel Keatings could also be a contender, having won the European title in 2010.

The men's floor and rings titles are also decided, along with the women's vault and uneven bars.

Highlights of the 10 apparatus finals as the European Championships concludes in Moscow.

The eight gymnasts in each final came through qualifying during the week and now start afresh in their quest for gold.