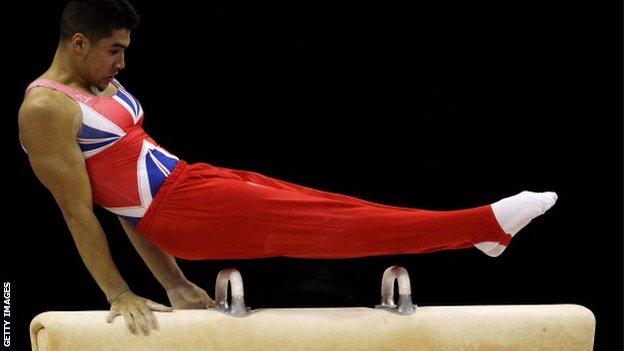 Louis Smith overcame a fractured finger to win a silver medal on the pommel horse at the World Cup in China.

The 22-year-old tried a new routine in the final, scoring an impressive 15.600 points, but was beaten by Hungary's Krisztian Berki, with 15.750 points.

Smith, who won bronze on the pommel horse in Beijing 2008, had scored 15.825 points in qualification.

Smith had been a doubt for the event after stubbing and breaking his finger on the high bar days before the start.

Smith became the first Briton in 80 years to win an Olympic gymnastics medal four years ago and is one of the faces of the Great Britain team for London 2012, though he has yet to be officially confirmed as a member of the Olympic squad.