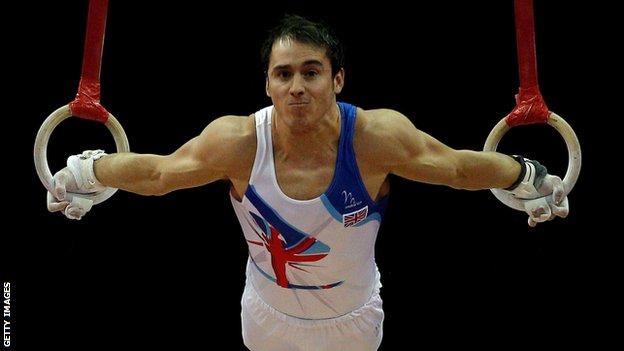 Dan Keatings has suffered a setback to his Olympic qualification hopes after learning he will be sidelined for "a few weeks".

The 22-year-old has injured ankle ligaments six weeks before the European Championships, where he will hope to bolster his claim for a Team GB place.

"He had some ligament damage to his ankle," Keatings's coach Paul Hall told BBC Radio Cambridgeshire.

"That will put him out for a few weeks," he added.

Former European pommel horse champion Keatings, who has been stepping up his recovery from a cruciate ligament injury, missed the event in China.

"He picked up the injury just over a week ago. It's a little bit more serious than Louis's," said Hall.

"But he's already on a big rehab programme and is working to try and qualify for the European Champs and hopefully to make the grade for the Olympic Games."

Keatings won all-round silver at the 2009 World Championships and beat Smith to pommel horse gold at the Europeans two years ago.

He was also part of the Great Britain squad that but he is not guaranteed a berth in the London 2012 line-up.