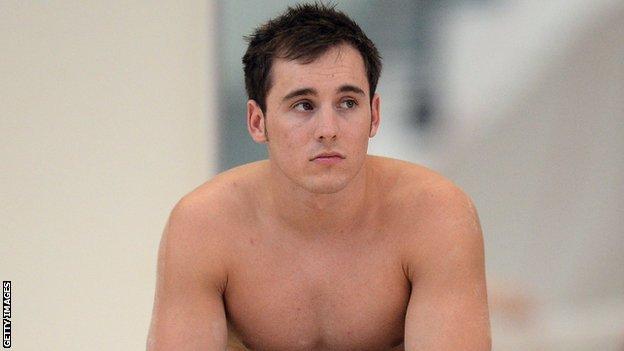 Great Britain coach Paul Hall has said Daniel Keatings is recovering from the "crushing blow" of missing out on London 2012.

The 23-year-old former world silver medallist failed to make the British team after a year plagued by injury.

"Not being selected for London was a crushing blow and was very difficult to deal with."

Corby's Keatings, who is coached by Hall at Huntingdon Olympic Gymnastics Club, was a central figure in the pool of talent that emerged in British gymnastics in the years leading up to London 2012.

He won gold on the pommel horse at the 2010 European Championships - ahead of team-mate and London silver medallist Louis Smith - as well as team silver in the same event, and finished runner-up in the all-around at the world championships a year earlier.

But he missed the 2011 and 2012 Europeans with knee and ankle injuries respectively and, with it, the chance to stake his claim for a place in Team GB.

"He had a few weeks' rest, watched it from the sidelines and has now picked himself up and is back working hard towards the targets this year," Hall said.

"A big target in April is the European Championships and then the World Championships in October. He's hoping to make both of those teams.

"He's looked good in the grand prix and hopes he can prove himself and prove the Olympics wasn't the end of everything."