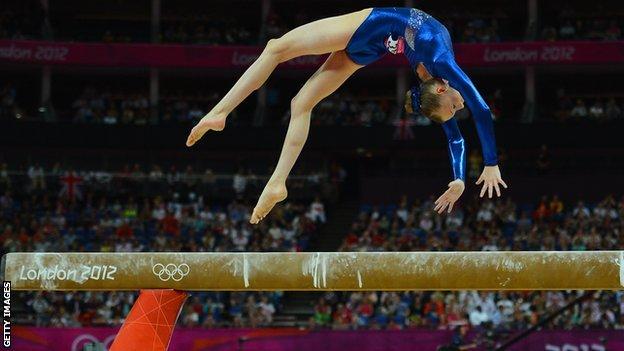 The BBC showcases the annual World Gymnastics Championships which is taking place this year in Antwerp, Belgium.

The BBC Sport website will offer live streaming of all TV programmes via desktop, mobile, tablet and app.

The BBC Sport app is available free for Apple, Kindle and Android devices.

Britain could be represented, with 2012 national champion Rebecca Tunney the most likely to be involved.

Coverage includes five apparatus finals as the British team look to build on their breakthrough London 2012 performance which saw them win four medals.

Aliya Mustafina beat Great Britain's Beth Tweddle to uneven bars gold - one of four London 2012 medals for the Russian - and will go in search of more global titles in Belgium.

Some Red Button coverage may not be available on Freeview.