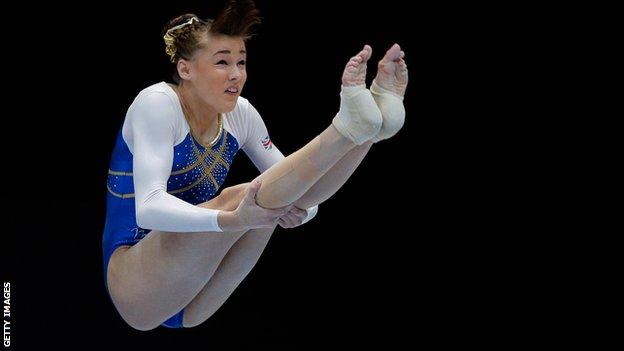 Rebecca Tunney followed up her British all-around title win with gold in the apparatus finals at the British Championships in Liverpool.

European pommel horse champion Keatings also won on the parallel bars, his score of 16.000 beating Dan Purvis (15.566) and Whitlock (15.033), who himself earned two gold medals on the final day of competition at the Echo Arena.

Whitlock's first came on the floor where his score of 15.600 beat under-16 all-around champion Giarrni-Regini Moran (15.033), with Reiss Beckford and Frank Baines tying for bronze on 14.566.

Kelly Simm earned gold in the women's vault, scoring an average of 14.225 over her two routines to beat Fragapane, who won her second silver with 14.000, and Scottish Commonwealth Game hopeful Emma White (13.950).

On beam, Rebecca Downie continued her strong showing to take gold (15.140), followed by Hannah Whelan (15.050) and Tunney, who claimed her second apparatus medal with 14.050 for bronze.