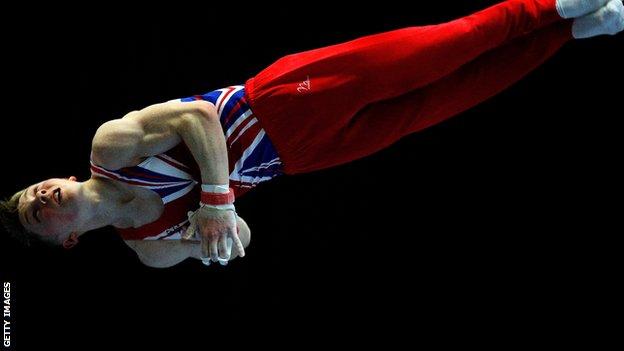 Wilson, 18, disappointed on the parallel bars but recovered on the floor and pommel horse to finish ahead of Russia's Valentin Starikov.

"It feels amazing. I'm so happy to have won the gold," said Wilson.

The Leeds teenager, a silver medal winner at the European Championships in 2012, added: "I felt a bit of pressure and needed to pull myself together because it was having an impact.

"I was saying to myself 'have a big heart, focus and let's nail these routines'.

"It's just brilliant. I couldn't be happier or more proud to stand with the gold medal and hear our national anthem."

Bevan, from Essex, said: "There were a few mistakes and I could have been better. But I still have the bronze medal, which is fantastic.

"I knew it would be a close call, but I didn't feel any pressure."

Earlier in the week, the pair were part of the team which secured gold in the junior team event for the fourth successive championships.

The Championships continue on Saturday in Bulgaria when the senior men's team of Daniel Keatings, Daniel Purvis, Sam Oldham, Max Whitlock and Kristian Thomas aim to defend their European title.