When Louis Smith made history at the 2008 Olympics by ending his country's 100-year wait for a gymnastics medal, few could have dreamed of the journey the sport would go on to take in Britain.

Fast transforming itself from a minority interest to mainstream entertainment, sustained success at the highest level through Smith, Beth Tweddle, Max Whitlock and co has helped to inspire ever-growing numbers to take part and attract the interest of TV executives.

Two-time Commonwealth champion Craig Heap is a judge on Tumble and is enjoying seeing his sport in the limelight.

"I cannot think of any other sport that has dominated TV shows as much as gymnastics within the last couple of years."

British Gymnastics executive director Mark Gannon added: "What I think Tumble is doing is really opening out the sport to wider viewers.

"It's probably the best platform we've had to articulate that our sport is open and accessible to all."

For all the welcome attention that reality TV shows can help provide, British gymnastics' increased profile and media presence is ultimately down to the success of its athletes.

Prior to Smith's historic pommel horse medal, Tweddle had been Britain's leading light in the sport with five European and three World titles over a 10-year period culminating with bronze at the 2012 Olympics at the age of 27 - an age at which most have long retired from the sport.

"I think Beth did start the journey," said Gannon. "What Beth did was inspire hundreds of thousands of little girls."

Both gymnasts have contributed to a growing culture of belief in the sport that British gymnasts can not only compete, but also win medals at international level.

"People believe that they can equal that and that has had a snowball effect on the mentality of the gymnasts and the coaches." 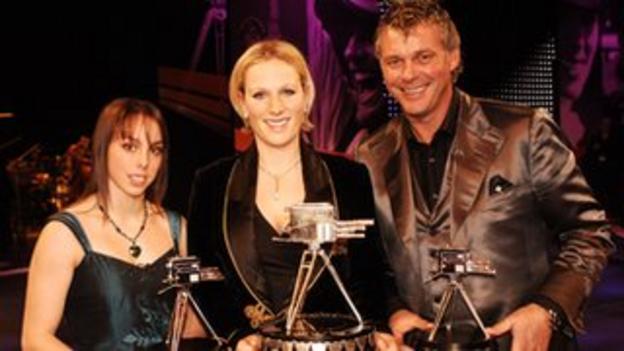 In the four years between the 2008 Games and the 2012 Olympics, British gymnasts more than doubled the number of major medals won at Commonwealth, European and World Championship level in comparison to the four-year cycle leading up to Beijing.

That success continued - albeit with gymnasts competing for their individual home nations - at this summer's Commonwealth Games in Glasgow with 21-year-old Whitlock and Claudia Fragapane, 16, standing out.

The 4ft 6in Fragapane, dubbed the "pocket rocket" of British gymnastics, picked up four golds, while Whitlock continued his winning form from this year's European Championships, claiming five medals including a gold in the all-around final.

Grassroots gymnastics in Britain has also benefitted from the sport's renaissance at elite level, with the latest British Gymnastics membership figures showing a 17% increase in recreational membership of clubs since London 2012.

"It has been growing since 2012," City of Newcastle Gymnastics academy manager Karen Chapman told BBC Newcastle.

"But since the Commonwealths and then since the Tumble programme's gone out we've had three or four enquires every day for new members."

It's all a far cry from Heap's experience as a competitor.

"When I went to the Sydney Olympics, I was 32nd and the only GB male gymnast there," said Heap.

"If I rewind the clock 20 years, we'd never have seen a gymnast going to championships and winning medals in the numbers that we have.

"It's probably developed best out of all of the sports within Britain - it's a dream come true really."