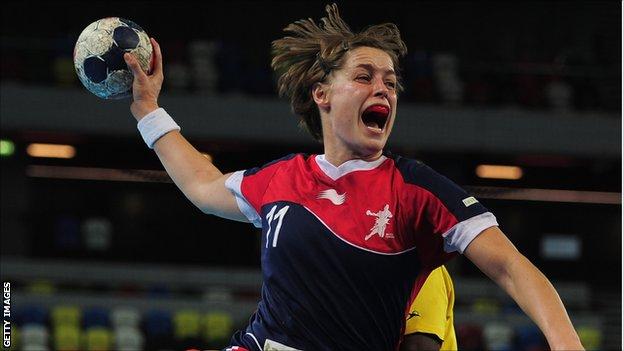 Great Britain's hopes of qualification for Euro 2012 were ended after they suffered a 29-20 defeat against Poland.

Sloppy play from Jesper Holmris's side meant they went into the break 16-8 behind.

Despite an early second-half rally from Britain, a physical Polish side, inspired by six-goal winger Agnieszka Kocela, comfortably secured the win.

Poland still have a chance of qualification for the tournament in the Netherlands this summer.

However, four defeats in four games means Britain's hopes are over and they will use the remaining two Group Three games, against Montenegro and Russia in May and June, to prepare further for their participation in this summer's Olympics.