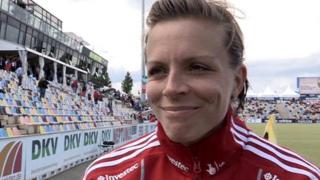 England women's hockey captain Kate Walsh says it was important her team won bronze, after missing out on playing in the European Championship final.

Helen Richardson bagged both England goals in the 2-0 victory over Spain and says they can use their experiences at these championships to push on and achieve success at the London 2012 Olympics.