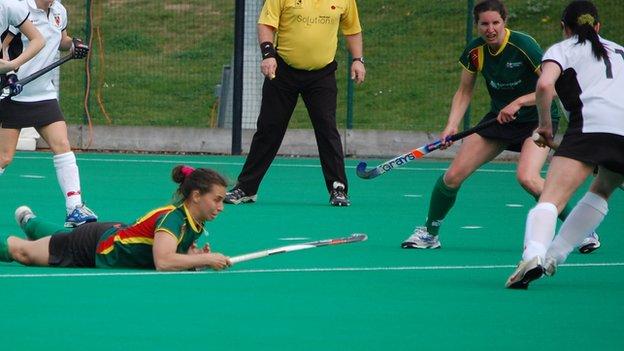 Bianca Symes scored a dramatic winner a minute from the end of extra-time as Guernsey beat Yateley 2-1 in the quarter-finals of the HA Vase.

The island side, beaten finalists last year, went in front through Michaela de Vial 15 minutes into the second half.

But Yateley equalised to send the game into overtime, before Symes smashed home the decider from a cross.

"The girls did very well, they worked hard all the way to the end and our fitness outshone theirs in the end."

Atkinson is aware that they will have to raise their level of performance even higher if they are to reach the final again - and hopefully go one better than last year.

"This is the serious end of the competition so we're not expecting an easy run from here on in," she added.

"Anything up until now we would have been disappointed with, given last year's result."