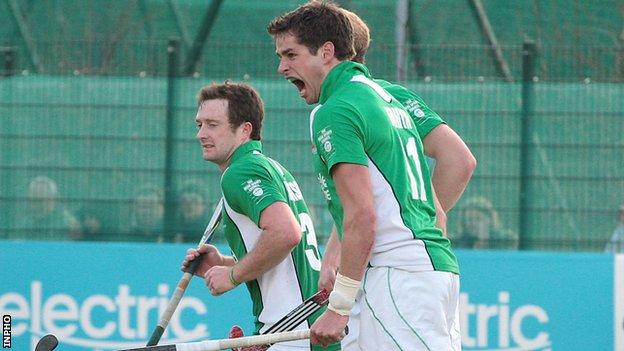 Ireland will play Korea on Sunday for a place at the London Olympics after holding their nerve to draw 1-1 with Malaysia in the qualifying tournament in Dublin on Saturday.

Mohd Noor put Malaysia ahead on 40 minutes in the high-pressure contest but John Jermyn levelled on 60.

Going into the game, the Irish knew that a draw would be enough to leave them one game away from qualification.

The 16th-ranked Irish drew 1-1 with sixth-ranked Korea on Tuesday.

The Irish created more chances than Malaysia in Saturday's contest with Chris Cargo, Timmy Cockram and Eugene Magee all going close in the first half.

Sunday's game will start at 16:00 GMT at the National Hockey Stadium at University College Dublin.