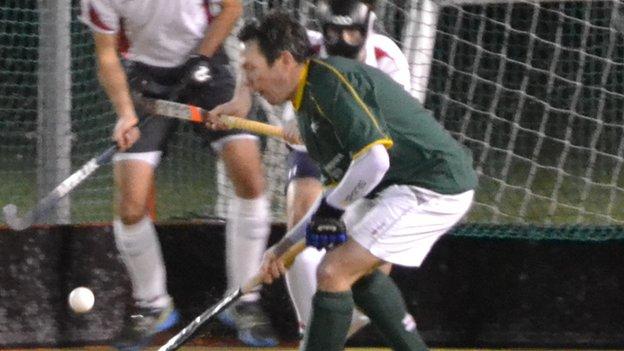 Guernsey captain Matt Watson says his side did not take their chances as they lost 2-1 to Gateshead in final of the HA Trophy.

Andy Dawson-Ball gave Guernsey an early lead but they then conceded twice.

Despite playing against 10 men for much of the second half after a number of Gateshead players were yellow-carded, the island side could not get a goal.

"We let in a couple of soft goals but I think we were most guilty of not taking our chances," Watson told BBC Guernsey.

"We're masssively disappointed, we dominated piossesion for large portions of the game.

And the Gateshead gioalkeeper came in for praise from Guernsey coach Andy Graham.

"The difference between the two sides was their keeper, he made some fantastic saves," he said.

"They ended up with three yellow cards and we played the last 20 minutes with 10 men.

"We were camped in their half and apart from those two fantstic saves it could have been 3-2."