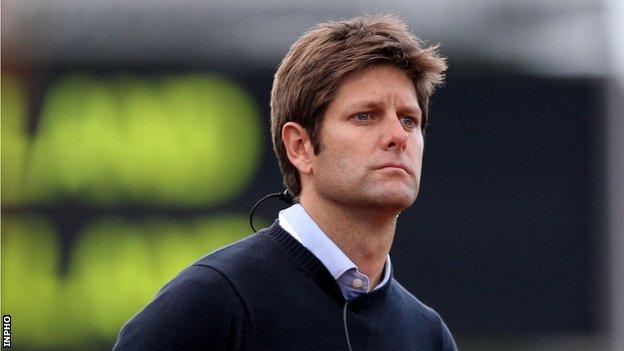 Paul Revington is standing down after three and a half years as coach of the Ireland men's hockey team.

Ireland were just one match away from reaching the Olympics but lost 3-2 to Korea in the final of the Dublin qualifying tournament in March.

Under Revington, the Irish rose from 18th to 15th in the world rankings.

"I have shared many great moments with the players, staff and supporters involved with the Ireland team. It has been a privilege," said Revington.

"Paul's record speaks for itself in terms of the level of play in the men's team, and the number of tournament successes and notable results they have achieved in the past few years," he said.

"His departure is disappointing, but he has left a legacy which must now be built upon to ensure the squad fulfil their potential in the future."