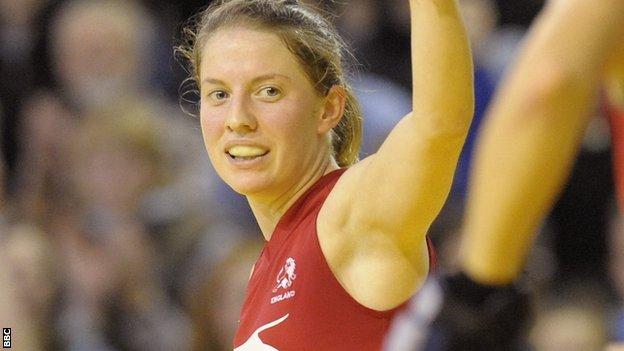 Leicester forward Beckie Herbert says it is "soul-destroying" to miss out on a place at the Olympics again.

The 25-year-old was left out of Great Britain's 16-woman hockey squad for London 2012, announced on Friday.

"I'm pretty heart-broken, it's what I've wanted to do since I was a little kid," Herbert told BBC Radio Jersey.

Herbert had been hoping to be the first competitor from Jersey to make the Olympics since swimmer Simon Militis, who competed in Sydney in 2000.

"The opportunity to play a home Games isn't something which really comes around very often which probably makes it a little bit worse for me right now," she added.

"It's soul-destroying that you're not part of the team that's going to be out there playing in the Olympics.

"But at the same time I think the rest of us can still be very proud of what we've contributed and hopefully will continue to contribute over the next couple of months."

It is yet more Olympic heart-break for Herbert, who was also left out of the GB squad for the Games in Beijing in 2008.

"I'm still young and ultimately I've not achieved the first part of my dream with hockey, to play in the Olympic Games," she added.

"That's still something I want to achieve, so I see myself carrying on trying to actually get there rather than just getting close to it again."

Britain, ranked fourth in the world, will hope to improve on sixth place in Beijing.

Beckie Herbert is one of BBC Radio Jersey and BBC Channel Islands News' featured athletes as part of 'Olympic Dreams' in the build up to London 2012.