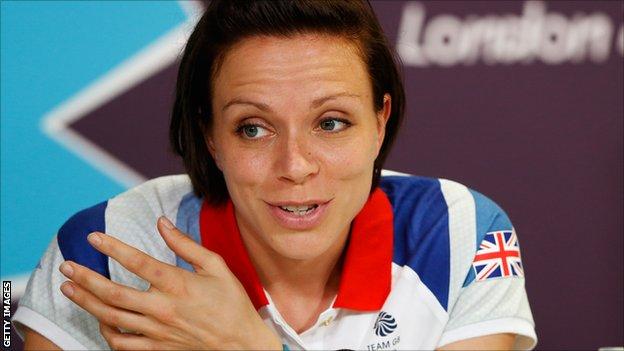 Great Britain captain Kate Walsh says she is undecided on whether she will continue to play at international level after winning bronze at the Olympics.

The 32-year-old had an eventful Games, fracturing her jaw in the group stages before returning to play a part in their 3-1 victory over New Zealand.

That victory helped seal bronze, but Walsh is now unsure of her future.

"It's so hard to make a decision because I am caught up in the euphoria of the moment," she told BBC Berkshire.

Walsh had hoped to claim gold at the London Games, but Great Britain's women were beaten by Argentina at the semi-final stage.

The defeat ended any hopes of the top prize but, despite being proud of their efforts, the Reading player says it is difficult to make an informed decision with the Games still fresh in her memory.

"Everything is so great and we did so well," said Walsh.

"But on the flip side there are times when it's not so fun and you're in tears in the gym or your haven't played well or you've lost a bit of form and are injured.

"You have to remember all those times and then make a balanced decision.

"I want to enjoy the moment and start to think about the forthcoming season with Reading and not look too much beyond that."