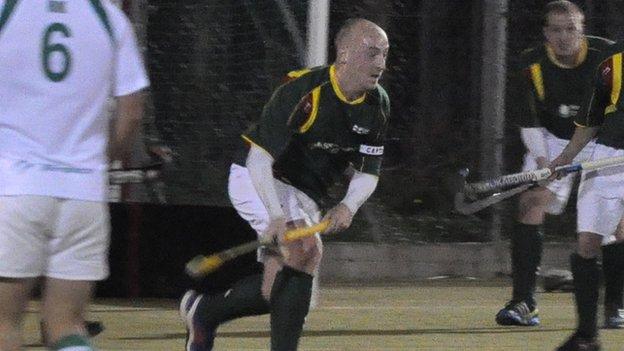 Guernsey captain Matt Watson will be out for two months after dislocating his shoulder in the club's HA Trophy first round win over Tulse Hill and Dulwich on Sunday.

Watson was amongst the scorers for the defending champions before coming off in the 5-2 win.

Rick Dijxhoorn scored a hat-trick for the island side while Adam Kitching got the other goal.

Guernsey will face Purley Walcountians in the second round on 18 November.