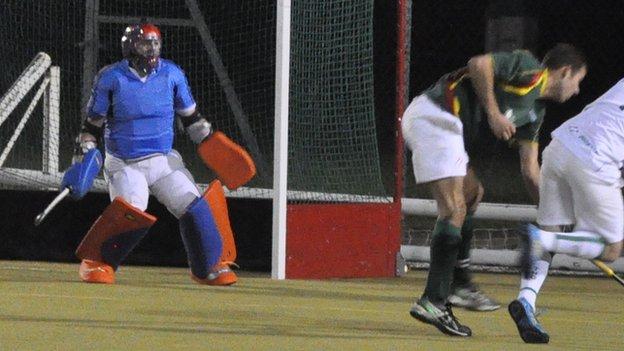 The island side led 1-0 at half-time through Zak Damarell, but only after a strong of fine saves by Robilliard.

Purley equalised twice before the island side scored the winner towards the end of the second half to seal their place in the third round.

"Nick kept us in it in the first half," Whalley told BBC Guernsey.

"They could have scored two or three and he gave us a real opportunity to move forward in the second half."

Whalley added that his side, who were quite lucky to come away with a place in the next round.

"It took a real second-half effort to finish the game," he said.

"You could see the relief on the guys' faces at the end.

"It was one of those games that, on another day, they could have snatched it from us.

"We really dug deep and you could see people really wanted it.

"It makes our season and it's really important that we get a good run in this."