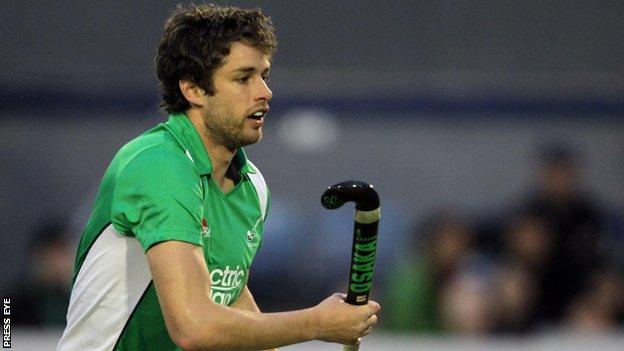 Ireland bounced back from two defeats by beating South Africa 3-1 in the Champions Challenge 1 tournament in Quilmes, Argentina, on Tuesday.

Andy McConnell pounced to give Ireland the lead from open play in the eighth minute but South Africa equalised through Miguel da Graca.

John Jermyn and Conor Harte scored in the second half from penalty corners.

The result means Ireland avoid Malaysia in the quarter-finals and will play Poland on Thursday.

The Irish, who had lost earlier matches to Argentina and Japan, finished third in Pool B while Poland were the Pool A runners-up.

"The result was a good reward for the players who have been improving half by half, game by game," said Ireland coach, Andrew Meredith.

"Their work-rate in the extreme heat was outstanding and the result was just reward for their efforts."