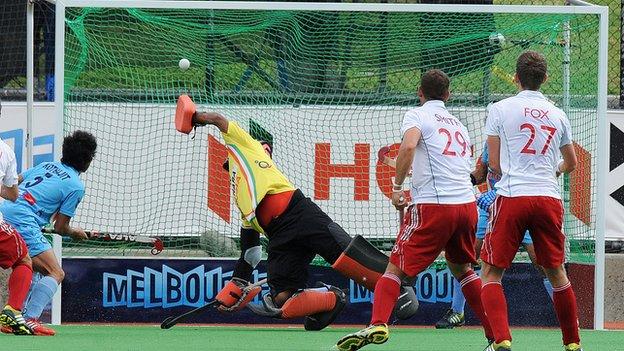 An inexperienced England side lost 3-1 to India in their opening game of the Champions Trophy in Melbourne.

Coach Jason Lee gave senior debuts to five players, declaring himself happy with their performances against the eight-time Olympic champions.

"I'm very pleased for those that earned their first cap," he said.

Beeston trio Ben Arnold, Michael Hoare and Ollie Willars featured for England for the first time, as well as Dan Shingles of Southgate and Henry Weir of Loughborough Students.

And Lee believes his young side could even have won the match with a little bit more luck.

"Had we been sharper in attack on both posts we could have won by three or four," he said.

"I was a little disappointed with the way we tired towards the end, but this tournament is about learning about the demands of international hockey."

The result puts India top of the pool with two more group phase matches to play. All sides are guaranteed to contest a quarter final tie with the finishing positions in the pool determining the quarter final fixtures.

Germany beat New Zealand 3-2 in the other match in Pool A.

England will face Olympic champions Germany in their next match on Sunday.