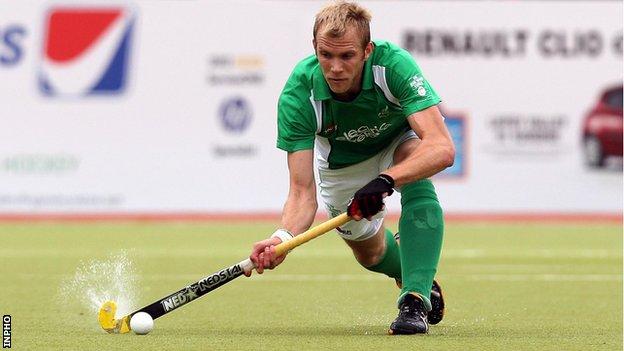 Peter Caruth scored a golden goal in extra-time to give Ireland a 4-3 win over Malaysia in the Champions Challenge 1 third/fourth play-off.

Geoff McCabe put the Irish ahead in Quilmes and Malaysia levelled before Conor Harte made it 2-1.

Malaysia netted twice in the second half before Harte struck the equaliser with just two minutes left.

Caruth fired home the winner late in extra-time to secure third place and the bronze medal.

"It's a really pleasing end to a positive 10 days and we were able to finish with our best performance of the tournament.," said Ireland coach Andrew Meredith.

Ireland were defeated 2-1 by hosts Argentina in the semi-finals on Saturday.