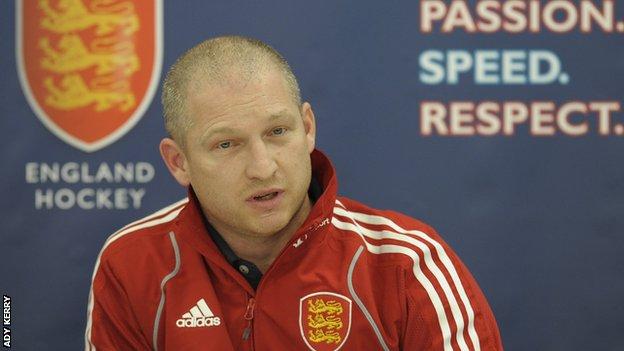 Lee, who spent nearly 10 years leading the men, has been named the new England women's coach, and will also be responsible for the Great Britain side.

"The new challenge of coaching the women's team is exciting," Lee said.

"I've had a long and emotional time in charge of the men's team and I leave it with many great memories.

"I will miss not being in the men's programme, but am confident that they will be successful and wish the team the very best of luck."

Lee, who played for Great Britain at the 1992 and 1996 Olympics, moved into coaching after representing England at the 1998 World Cup.

He guided Loughborough Students into the National Premier League before leaving to take the England and Great Britain men's job in 2003.

At the 2012 Games, Great Britain just missed out on their first Olympic men's hockey medal since 1988, losing 3-1 to Australia in a play-off for bronze.

Lee also guided England from 11th to fourth in the world rankings during his time as coach. His reign included the team's first European Championship title as they beat Germany 5-3 in the final in the 2009 final in Amstelveen, the Netherlands.

England Hockey decided not to reappoint Lee as men's coach for the four years leading up to the 2016 Olympics in Rio, but Kerry said he was happy that a new role had been found for him.

"I'm extremely pleased that we have retained the expertise and vision that Jason brings to our programmes," Kerry said.

"His vast experience working at the top level of international sport will put us in a great position to continue the progress made in recent years."

Lee takes over a women's team who won their first Olympic medal since 1992 when they beat New Zealand 3-1 in a play-off for bronze in London last summer.

They are competing at the Investec Challenge in Cape Town, where they play hosts South Africa in their opening game at 18:00 GMT on Monday.

Assistant coach Karen Brown is leading the team at the tournament, which also features the Netherlands and Australia, with Lee due to take charge once a new men's coach is appointed.