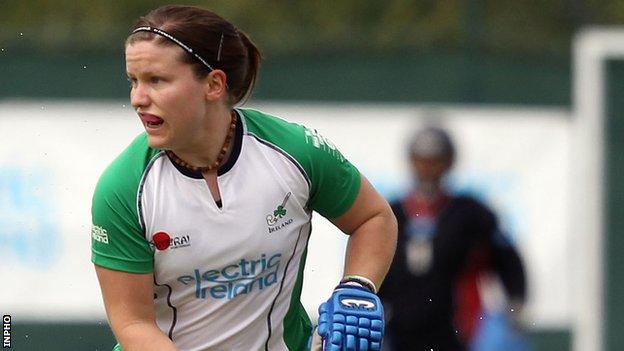 Ireland came from behind to make a winning start against the Czech Republic at World League 2 in Valencia.

Darren Smith's side fell behind in the fifth minute after a defensive mix-up.

Ireland's equaliser came after their third penalty corner with Lisa Jacob of Hermes finishing off a rebound following a good save from the Czechs.

Corinthian player Aine Connery expertly finished to give Ireland a 2-1 lead and in the second half Audrey O'Flynn and Nicola Gray made the game safe.

Ireland play Belarus in their second game on Tuesday.

"It was a reasonable start for us," said coach Smith.

"The Czech team played as we expected, looking to exploit any counterattack opportunity.

"We need to be tighter defensively against Belarus, and be sharper and more creative offensively."