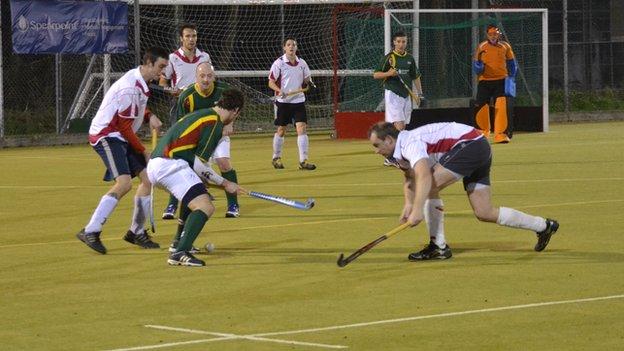 Guernsey are through to the semi-finals of the Hockey Association's national trophy after cruising to a 7-3 win over reigning champions Gateshead.

Zak Damarell scored a hat-trick for the island side

It was the second big win for the green and whites in as many rounds.

Guernsey, who last won the event in 2009, cruised into the quarter-finals with a