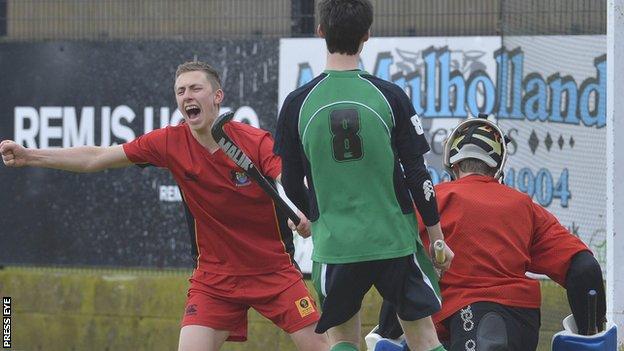 It was a day to remember for Academy's Rory Woods, who bagged a hat-trick for the holders.

Sullivan got on the scoresheet when the ball came off the stick of Banbridge's Andrew Ferguson and into the net.

The victory completed a schools double for Banbridge Academy after they won the McCullough Cup earlier this season.