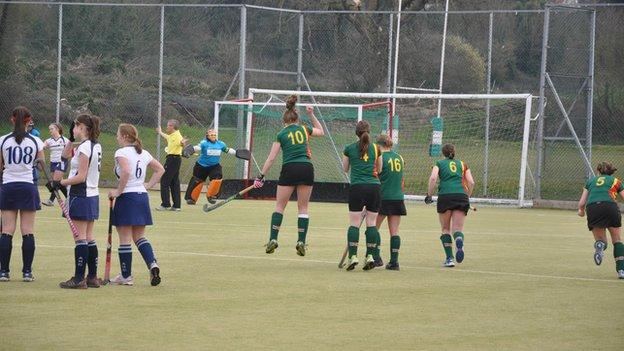 Guernsey are through to the final of the EH Vase after a 5-3 win on penalties against Andover.

After the match finished tied at 3-3 during normal and extra-time, Guernsey held their nerve in the shoot-out to progress to the final later this month.

Captain and goalkeeper Emma Atkinson told BBC Radio Guernsey: "We're delighted to be in the final but it doesn't get any closer than that.

"It was close all the way, it was always going to end in penalty flicks."

She continued: "We were in the final a couple of years ago and went out of the cup on a golden goal last year so we know how Andover feel.

"We'll celebrate today but we'll carry on training and working hard to hopefully bring back the trophy."