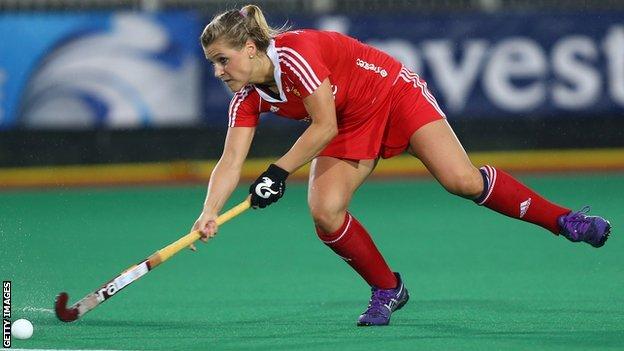 Ashleigh Nelson put the Hockeyroos ahead in London by turning in Kellie White's cross, before Jodie Schulz doubled the lead from a penalty corner.

Emily Smith wrapped up a convincing victory with a third while England rarely threatened the Australian goal.

England forward Alex Danson said: "We're super disappointed to have lost the final. But we've still got so much to give and we'll come back fighting."

The hosts lost Hannah Macleod to injury, while Susie Gilbert was hit close to the throat by the ball from close range.

In the World League semi-final in Malaysia, England's men drew 2-2 with Pakistan in their second pool game.

The result means England are second in Pool B after a 3-3 draw with South Africa in their opener.

Captain Barry Middleton said: "I'm a bit disappointed with the result. There is a bit more pressure on us going into our next game against Malaysia."