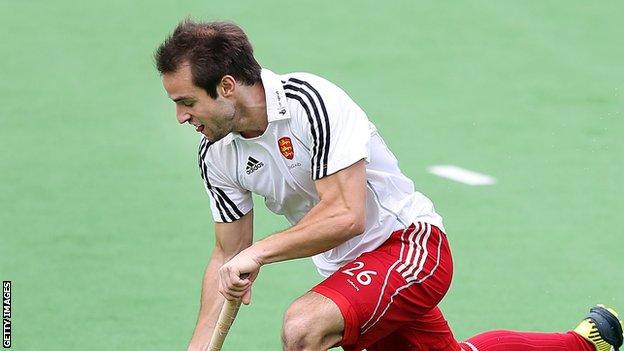 England's men lost 3-1 to Argentina in the World League semi-finals having already secured a place at the 2014 Hockey World Cup.

The South Americans scored three goals inside 11 minutes in Malaysia, with Nick Catlin scoring a consolation.

By finishing at least fourth, England qualify for the World Cup as they are ranked higher than New Zealand.

England will face either Korea or Germany in a third place play-off on Sunday at 12:15 BST.

Head coach Bobby Crutchley said: "This was a lesson learned today for us.

"If you drop your intensity and standard at this level you will get severely punished and that's exactly what happened today against a strong Argentina side.

"I thought after the goals had gone in that we actually played well, but we needed to start better.

"Ashley Jackson is flying home for an operation on his ankle and Mark Gleghorne will not play tomorrow following his foot injury today, so it will be tough with just 16 players in this climate, but we'll regroup tonight and hope to learn lessons from today's game."

After Thursday's 5-0 quarter-final win over Japan, England struggled to find the same form as a clinical Argentina raced into an early lead, as goals from Facundo Callioni, Juan Garreta and Gonzalo Peillat put them 3-0 ahead on 11 minutes.

England improved after the break and, after Barry Middleton hit a post, Caitlin pulled a goal back for them as he converted a loose ball from a penalty corner, but Argentina were able to hold on and book their final place.