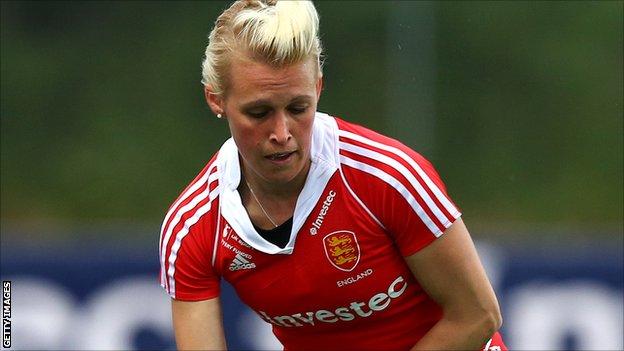 England veteran hockey forward Alex Danson says she is excited for the "battle" awaiting her at this month's EuroHockey Championships.

Danson and her team-mates face Germany, Spain and Scotland in their pool and the 28-year-old Olympic bronze medallist says she is determined to break her hoodoo in the competition.

Danson, who won bronze at the London 2012 Olympics, says the main challenge will come from Germany and Holland - who England will hope to avoid in the semi finals.

She also says England need to come out firing from the first whistle.

"It is going to be tricky and very tough," said Danson. "Our first game is against Spain but they are going to be battles.

"It is going to be a brilliant and we are well prepared, excited and I look forward to seeing what goes on.

"We need to start the tournament off well and I think that game is going to be a cracker.

"Netherlands are very tough so we'd like to try and avoid them in the semis.

"I've been to five Europeans and won five bronze medals, so I'm hoping to break that and get ahead of that Dutch and German side for once."