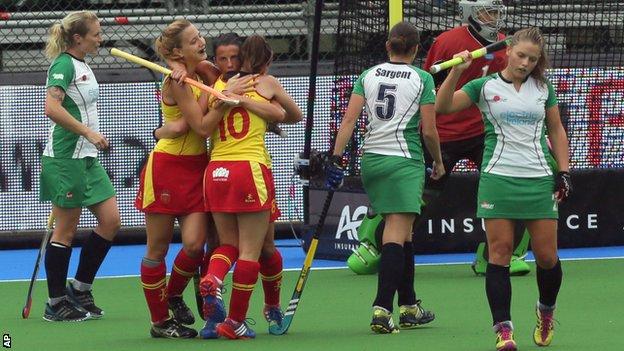 Ireland's women will have to beat Scotland to remain in the top tier of European hockey following their 1-0 defeat by Spain on Thursday.

Silvia Bonastre's 18th-minute goal gave the Spaniards victory in the mini-group which will decide the fifth to eighth places at the European Championships.

Ireland and Scotland are level on goal difference but a draw in Saturday's match would be enough for Scotland.

The crucial Celtic clash in Boom, Belgium, starts at 08:00 BST.

Ireland's failure to score in three of their four games to date means Scotland will stay up on goals scored if the result is a draw.