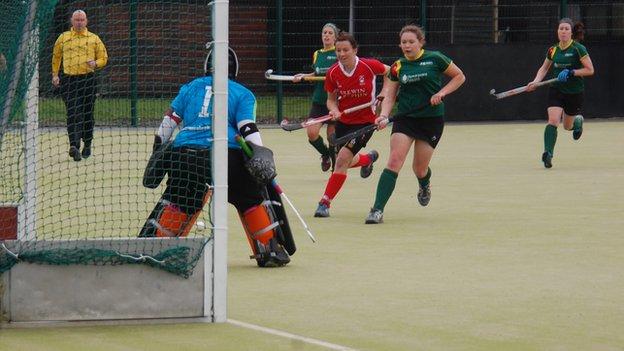 Jersey women's coach Kevin Teixiera says his players are eager to make up for previous disappointments at this weekend's Islands Tournament.

Jersey reached the final in 2011, but lost 2-1 to this year's hosts Isle of Man, and lost the inter-insular match against Guernsey in March.

"The girls want to go one better," he told BBC Radio Jersey.

"They're highly motivated. We didn't perform in the inter-insular and we want to put that right."

The women's competition will see Jersey take on the Isle of Man, Guernsey, Bermuda and Orkney - the latter will not play in the men's event - with the teams playing up to five matches over the course of the weekend, and Teixiera believes fatigue could well play a significant part in the outcome.

"It's 25 minutes each way, but that still adds up to a lot of game-time and it's something we'll have to keep in the back of our minds. Fitness is going to be key," he said.

Jersey will be without Lucy Le Lievre, who has glandular fever, but influential players in Nina Driscoll and Chrissie Helmholt-Kneisel both return to action.