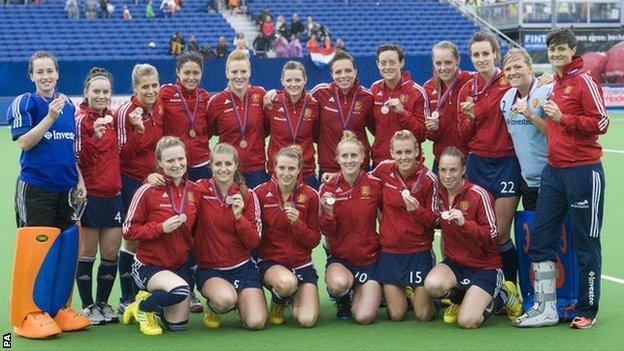 England Hockey has put in a bid to the International Hockey Federation to host the 2018 Women's World Cup.

A decision will be made on 7 November and, if successful, the event would be hosted at the Lee Valley Hockey Centre, which is a London 2012 legacy facility.

Hockey's World Cup is held every four years and is second only to the Olympics in significance.

England Hockey are also bidding for the Men's Champions Event and the Men's and Women's World League semi-finals.

"We have a clear goal to increase the visibility of hockey in England, which in turn will help drive participation and ultimately elite performance," said England Hockey chief executive Sally Munday.

"Events such as the World Cup will be central to achieving these objectives."

England's women were bronze medallists at the last World Cup in 2010.

They also won silver at last month's EuroHockey Championships, a tournament England will host in 2015.